If you have been following this blog & my Flickr lately, you know that I have been on a "2006-kick" lately. In other words, I have been uploading and captioning pictures from 2006 that never got a webpage made for them on OKRoads.com. While doing these pictures, I have been reminded of a couple of sign goofs that I am glad I photographed: (click on picture for larger size) 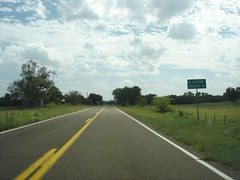 U.S. 77 South approaching OK 74C, which connects OK 74 & U.S. 77 in Logan County. Notice Crescent is spelled incorrectly. This was taken on July 29, 2006, and I have not been back to this area since then, so the Cresent goof may still be present. 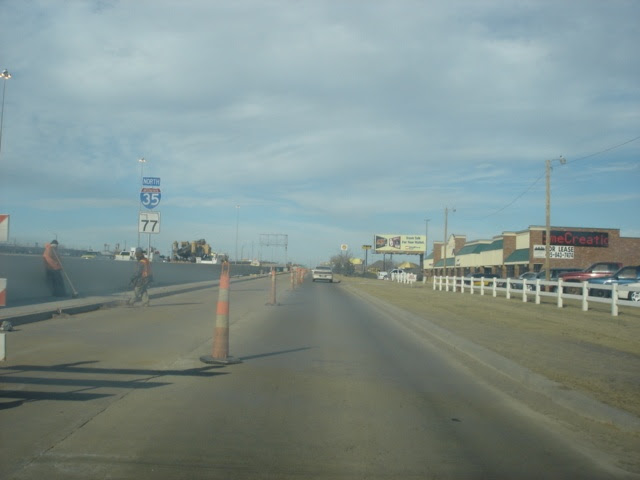 Interstate 35 & OK 77 North assurance shields, as taken on December 9, 2006. These were posted near the end of the reconstruction project that widened Interstate 35 to three lanes in each direction through the Shields interchange in north Moore. This sign goof was corrected a few months later and this shield assembly now displays a correct U.S. 77 shield. There were two other cases where OK 77 shields were posted during this construction project...one on the northbound frontage road at the on-ramp from N. 12th Street, and the other was a shield assembly on Interstate 35/U.S. 77 South. Those have been corrected as well. 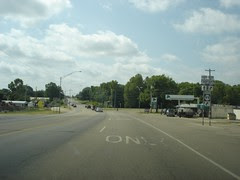 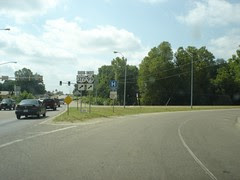 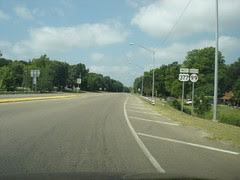 Yes, I am still alive and well. I have just been keeping busy with everything else in life. In the process, I have uploaded some more "new-old" pictures from 2006. These pictures are from three mini-trips I did in May and July 2006. I have completed the captions for two sets from May and have started on the July set. After this is complete, I will upload some more 2006 pictures from January, February, and March. There will be some Kansas & Texas pictures included in those sets, but about 90% of the pics will be from Oklahoma.

This weekend (Sunday to be exact) will mark my wife & I's one year wedding anniversary. To celebrate this occasion, we are taking a trip to southeast Oklahoma, with a sidetrip in northeast Texas planned as well. I do plan on taking some pictures during this short trip.

If I remember, I will update the OKRoads picture of the week tonight. By the time I remembered to update it last week, it was already Friday, and here it is Tuesday and I still have not updated it, but hopefully that will change tonight.

ES
Posted by okroads at 3:29 PM No comments: